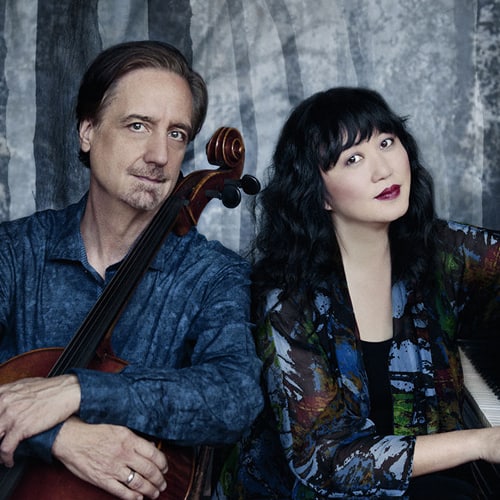 David Finckel and Wu Han are recipients of the 2010 Musical America’s Musicians of the Year award, one of the highest honors granted by the music industry.

He was a protégé of Mstislav Rostropovich; she, a veteran of top-flight musical training grounds like Aspen and Marlboro. Critics have praised the boldness, imagination, and collaborative intimacy of their work—often trumpeting his laser-like focus and her innate spark.

But performing is merely a starting point for this irrepressible husband and wife team, whose résumé includes the stewardship of important arts organizations like the Chamber Music Society of Lincoln Center and Music@Menlo; a history of innovation in programming, recording, and outreach; and a commitment to fostering young talent. Along the way, they have built audiences and shaped a new wave of players. To call them overachievers would be an understatement.