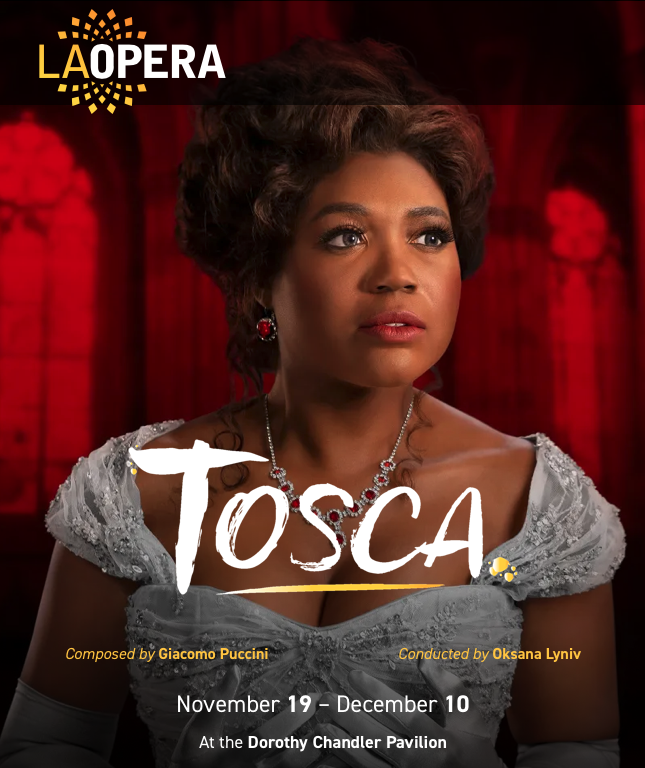 Tosca: Puccini’s ultimate prima donna! This Opera for Educators session is open to the public, not just educators! Dr. Brown-Montesano will delve into the aesthetics of Italian “verismo” (“realism”) and consider opera’s central conflict between celebrated diva Floria Tosca and the sadistic Baron Scarpia. (Tickets $20)

About the Opera: Floria Tosca, the famous opera singer, seems to have it all. Audiences cherish her artistry—and adore hearing about her tempestuous offstage romances. But as storms of repression and rebellion rage throughout Italy, the diva is forced to play a real-life role she never imagined.

Torn between devotion to her lover and the machinations of a treacherous sociopath who will do anything in his power to break her down, she’s trapped in an utterly impossible predicament, with fatal consequences for them all. But this prima donna isn’t going down without a fight.

The cast is led by four of the greatest artists of their generations. Soprano Angel Blue takes on the iconic role of Puccini’s glamorous but tough-as-nails heroine, with tenors Michael Fabiano and Gregory Kunde sharing the role of Mario Cavaradossi, the rebel who becomes the target of the most dangerous man in Rome. Bass-baritone Ryan McKinny is the evil Scarpia, who likes nothing more than seeing his victims suffer. In her company debut, trailblazingUkrainian conductor Oksana Lyniv leads a heart-pounding production staged by the legendary director John Caird.